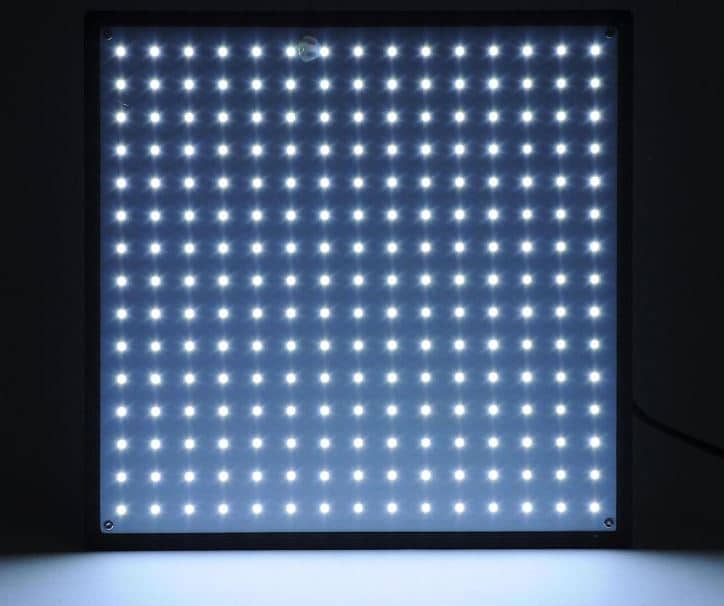 If you’ve ever practiced indoor growing, you know that the LED grow light market offers a wide variety of brands that employ different color spectra to deliver an indoor grow light. As such, there have always been continuous debates among indoor growers on the best grow lights that produce the highest yield.

A common debate subject for growers recently has been the effect of white LED lights on indoor cultivation. While they have traditionally been used for lighting purposes, white LEDs can actually be employed as an indoor grow light as well.

But are white LED grow lights good for growing? In this post, we look at what exactly white LED lights are and try to establish their effectiveness when it comes to indoor plant growth!

Before we answer this question, it is important that you first understand what white LEDs offer. While most indoor cultivators are conversant with the advantages of using purple grow lights, white LEDs are rarely considered.

This has led to the notion among most indoor growers that white light has little value, if any, for plant growth. But this is not entirely true as revealed by some studies.

The white light spectrum comprises a few colors included in all LED grow lights such as red and blue. However, it also consists of a few wavelengths not found in significant intensity in the majority of grow lights today.

Nearly all white LED grow lights you’ll find on the market today are actually a blue LED with a phosphor coating that converts most of the blue light into a variety of colors. The most common white LED lights use a phosphor known as Yttrium Aluminum Garnet (YAG) that creates yellow light. The combination appears white to the human eye.

A full spectrum LED will perform better than a similar wattage white LED any time since it uses the most efficient color spectrum needed by plants. Full-spectrum LEDs consist of diodes from 380 to 760nm and include a small number of white diodes to complete the color range.

On the other hand, a white LED grow light lacks some very essential parts of the light spectrum, including UV (ultraviolet) and IR (infrared), as well as far red. Ultraviolet and infrared are outside the visible range and do not exist in white light.

The role of UV diodes is to enhance the production of resin to form more trichomes. This results in healthier plants with better flavor, aroma, and potency. Meanwhile, infrared assists in flowering and stem strength.

These are both missing factors in white LED light, meaning that the LEDs cannot offer plants these useful wavelengths of the light spectrum. The plants will, therefore, produce fewer trichomes and be less potent, aromatic, and lack flavor.

White Diodes are Wastef​​​​ul on Energy 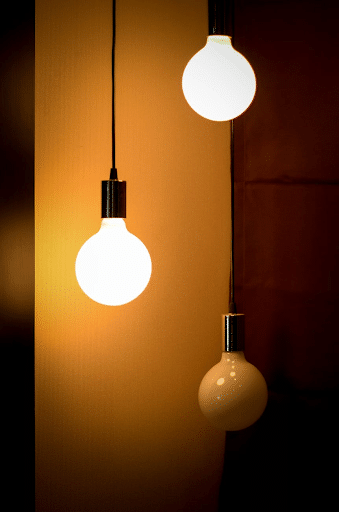 Using only white diodes in a grow light goes against the whole purpose of applying LED technology to focus specific light wavelengths needed for the growth of plants. White LED lights are usually designed with 4000K or 3000K white diodes fitted across the entire LED board.

The diodes are just blue LEDs coated with a phosphor which converts most of the blue light to a white color as perceived by the human eye. Most of the white LEDs you’ll find today use a phosphor to produce a white light that is designated as 2700-5000K.

Almost 20% of the light produced by blue LEDs this way is lost during the process. As a result, a white diode can’t be as efficient as a diode that produces a specific color. While white LEDs are very efficient when it comes to lighting up your home or office, they are definitely not the best option for indoor grow lights!

Plants tend to absorb more of the blue and red light. Much of the light wavelengths produced by white LEDs are in spectra that plants don’t use. The unused light is hence converted to heat within the leaves, which will require lower temperatures to maintain optimum leaf surface temperatures.

When you factor in the 20 to 40% efficiency loss, you’ll see that white LED grow lights are half as efficient for plant growth when compared to the appropriate mix of pure-color LEDs. The white LEDs compel you to keep on cooling your growing environment, which wastes a lot of other benefits that LEDs offer.

What Color LEDs are Best for Plants?

Although there are various grow lights currently available in the market, there hasn’t really been enough discussion about the benefits that using white LED grow lights can have on plant growth. According to research, white LEDs can be great for plants, especially when used in conjunction with other color LEDs.

Traditionally used high-intensity bulb lamps may not be as effective since they utilize more energy, so the light is released at a lower quality. Using high-intensity bulbs for indoor planting can result in a hot environment that will be difficult for you to manage.

This has always been a common grievance among indoor growers. Due to this, there has been an increase in plant light analysis, including the use of white LEDs. Part of the motive to establish this comes from their low use of energy and their ability to function for longer periods safely.

In the end, we can conclude that a high-quality grow light should include a white spectrum. That is why some of the latest produced grow lights are starting to incorporate it in their full light spectrum.

What are the Best Grow Lights for Small Plants?

The large white spectrum LEDs are best for growing vegetables, fruits, or other plants such as cannabis. These can have a coverage area of 3 by 3 ft, which may be more than you require for small plants like succulents and flowers growing in a 1 by 1 ft area.

If you are searching for the best cheap LED grow light you can use to grow cannabis and other small plants like flowers or seedlings, a great option for you would be the Sansi 40w daylight LED bulb.

Considering that the majority of white LED grow lights operate at a lower rate of absorption and cannot be compared to natural sunlight; red, purple, green or blue LED lights are commonly used alongside the white lights.

When the purple and white, red and white, green and white, or blue and white LED lights are used together for indoor growing, the results are usually much better as far as light absorption is concerned. Combining white LEDs with other primary color LEDs usually offer extra benefits such as improved visibility and a better room atmosphere.

This ensures that plant growth can happen in any room inside your house as opposed to a specified plant room. In some situations, people have been known to use a mix of white, red, and blue LED lights to provide the plants with a much-needed light combination while enriching the space with a nice glow.

According to studies, using LED lights for indoor plant growth is more effective than using traditional plant grow lights. This is because LEDs, to a great extent, reduce the rate of energy consumption and don't result in overheating or hazards due to higher heat risks after continuous daily usage.

So, are white LED lights good for growing plants? Yes…but not entirely! White LED lights play a crucial role in being part of the absorbable spectrum. However, they are not adequate to nurture your indoor plants on their own unless they are combined with other spectra such as red and blue.

This is why white spectrum LEDs are usually combined with other colors. Furthermore, white LED lights are needed as part of your safe grow space because they function to keep the grow space safely lit, as well as allow your colored grow lights to rest.

On the bright side, you won’t have to install as many white LED lights in your grow room. They are more ideal for your eye color needs when used alone, and not for plant growth!

Blue light is the best LED grow light. It has a Kelvin color temperature from 5000K or 6500K (wavelength ranging between 400 and 500 nanometer) and is most effective for the vegetative phase of the plant's growth cycle, as well as for starting seeds indoors.

What Color Lights are Best for Plants?

Various color spectra of light help plants to achieve different goals during their growth stage. For instance, blue light is best when it comes to enhancing vegetative leaf growth whereas red light, when mixed with blue light, comes in handy during the flowering stage of the plant.

Yes, white grow lights can be crucial for plant growth! They form part of the absorbable spectrum that plants need for healthy growth but they can’t nurture plants on their own. They need to be combined with other spectra such as red and blue light for the best results. 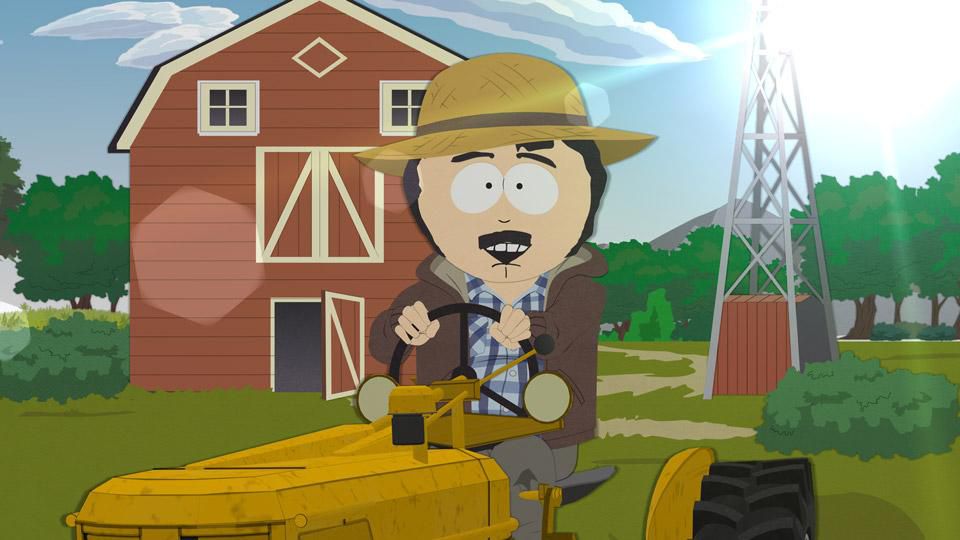